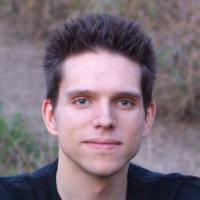 I first encountered the work of David Bohm and Jiddu Krishnamurti around 2002 or roughly 10 years ago from the time I am writing this.  Prior to encountering these two my main interests were activism, neuroscience, transpersonal psychology, and Eastern spirituality.  After encountering these men everything changed.  My whole approach to life was shattered.  There was so much I didn’t question or examine that these two helped point out for me.

I continued to read, watch, and listen to anything I could find by these two as well as individuals David Bohm made reference to.  As is compatible with the spirit of scientific inquiry and learning in general, I was used to encountering a particular theory or framework and then having to put it aside when I encountered something new and more fitting.  But with Bohm and Krishnamurti things are different.  To this day I have not found something beyond them.  What they have proposed and the areas they have explored have became my main passion in life.  Their proposals deserve serious attention, and given the current state of affairs in this world it is incredibly urgent that we take their work very far.

Eventually a desire grew in me to work and correspond with others who were also exploring the legacy of David Bohm and Jiddu Krishnamurti.  Much to my surprise and dismay there was no “David Bohm Foundation” or something equivalent in existence.  I could not understand how we have not honored and preserved the work of such an amazing man who did so much for us.  On the Krishnamurti side things there were several organizations and foundations.  Yet there was this bizarre bias I encountered where “Bohm people” disliked Krishnamurti and “Krishnamurti people” disliked Bohm.  You cannot separate these two men from each others lives.  I was in shock that people did not commonly feel this way.

Because I could not find an organization or people to participate with that met my needs I founded the Thought Knowledge Perception Institute in 2007.  Our theme was “Exploring the proposal that thought is the source of our difficulties”.  I chose to emphasize the message rather than the messengers (Bohm and Krishnamurti).  TKPI was not meant to be an organization.  I just wanted a place for all of us exploring the proposals of Bohm and Krishnamurti to get together and share and participate with each other.  At first I posted about anything related to Bohm and Krishnamurti.  This watered down the content far too much and the primary message was getting lost.  If I could do it again I would do it very differently.  I don’t know what I am going to do with TKPI now.  It is my hope that the Bohm-Krishnamurti Project will remove the need for TKPI.

See also our General About Us Page.