Jiddu Krishnamurti (1895–1986) is regarded as one of the great educators and philosophers of our time. For sixty five years he traveled throughout the world, giving public talks to large audiences. He published over thirty books and founded schools in the United States, England, and India. 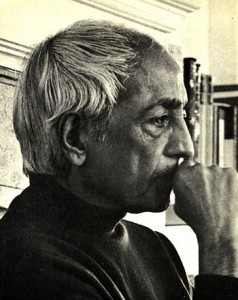 The core of Krishnamurti’s teaching is contained in the statement he made in 1929 when he said, “Truth is a pathless land.” Man cannot come to it through any organization, through any creed, through any dogma, priest or ritual, not through any philosophical knowledge or psychological technique. He has to find it through the mirror of relationship, through the understanding of the contents of his own mind, through observation and not through intellectual analysis or introspective dissection.—J. Krishnamurti, The Core of the Teachings

Dr. David Bohm (1917–1992) was Professor Emeritus of Physics at the University of London whose lifework went well beyond the field generally defined as “physics.” 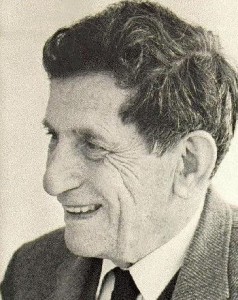 I would say that in my scientific and philosophical work, my main concern has been with understanding the nature of reality in general and of consciousness in particular as a coherent whole, which is never static or complete but which is an unending process of movement and unfoldment.—David Bohm, Wholeness and the Implicate Order

His books include Quantum Theory, The Special Theory of Relativity, Causality and Chance in Modern Physics, Wholeness and the Implicate Order, and the posthumously published Thought as a System (transcription of seminar), On Dialogue (compilation), On Creativity (compilation) and The Undivided Universe.

Books of David Bohm and Krishnamurti dialogue include The Limits of Thought, The Ending of Time, and The Future of Humanity.